What is Sleep Apnea Jaw Surgery?

Are you one of the 26 percent of Americans who suffer with sleep apnea? If you are, you most likely know that the common treatment for this condition is wearing a machine with a mask nightly for the rest of your life.

What you may not be aware of is an alternative to cpap machines for sleep apnea treatment. Sleep apnea jaw surgery is a safe and effective procedure that has been successful in significantly improving sleep apnea in patients.

Sleep apnea is more common than you think, often going undiagnosed, according to Cleveland Clinic’s Sleep Disorders Center. This is especially true for the most typical form: obstructive sleep apnea, which occurs when your airway gets blocked or constricted while you sleep.

There is much more at risk than being tired and having trouble thinking clearly for anyone who has sleep apnea. Having obstructive sleep apnea increases your risk of high blood pressure and also may increase your risk of recurrent heart attack, having a stroke and abnormal heartbeats, such as atrial fibrillation.

How is the sleep apnea Jaw surgery done?

According to the Mayo Clinic, sleep apnea jaw surgery or Maxillomandibular advancement surgery (MMA) can be an effective treatment for obstructive sleep apnea. The upper and lower jaw bones are repositioned to relieve obstruction. The surgery affects all airway levels, from the nasal cavity pharynx.

MMA is considered one of the most effective and safe jaw surgeries for patients with moderate to severe sleep apnea that have failed other non-surgical treatment. Serious complications are rare, under one percent. Recovery takes about six weeks with most patients gradually returning to normal activities after about three weeks.

Can you reverse Sleep Apnea?

Am I a Candidate for Jaw Surgery for Sleep Apnea? 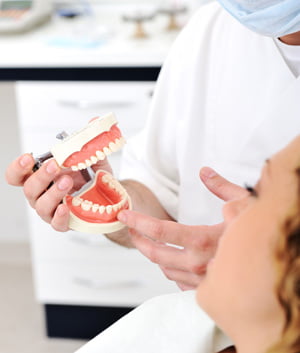 The patient considered ideal for this jaw surgery would have failed typical treatments like the mask or a splint and is less than 50 years old and has a BMI under 30. However, with many surgery patients not fitting into those categories, the surgery is still considered the most safe and effective airway surgery for patients with moderate to severe sleep apnea.

All patients with sleep apnea with difficulty complying with treatment like cpap machines should, at least, be evaluated for jaw surgery for sleep apnea as they can have drastic improvements in symptoms and quality of life, according to the Mayo Clinic.

Jaw surgery for sleep apnea is a safe and effective alternative to cpap machines for treatment. Please get in touch with us to discuss your treatment plan at Desert Valley Oral Surgery: Contact us online or by phone at 480-539-6420.